Link To The App

A few months back I made an android app that would list all the ongoing and upcoming contests from different websites, along with an in-app reminder and the ability to add contests directly to google calendar. Though the app was functional, it was still very basic. I spent around 2 weeks brainstorming and preparing UI/UX for the new update. After working for almost a month this is what I ended up with. Some of the functionality of the app is listed below: 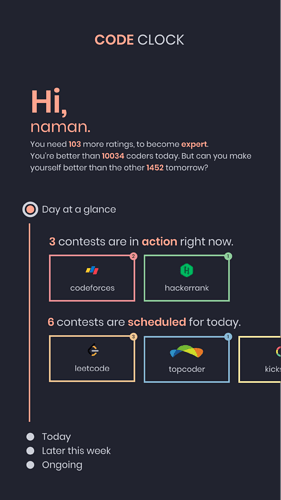 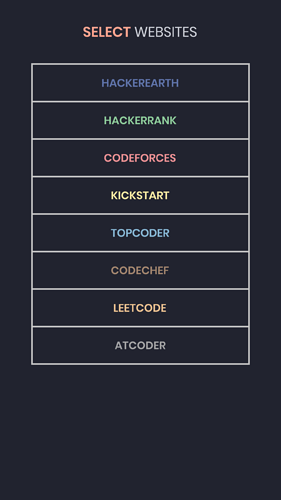 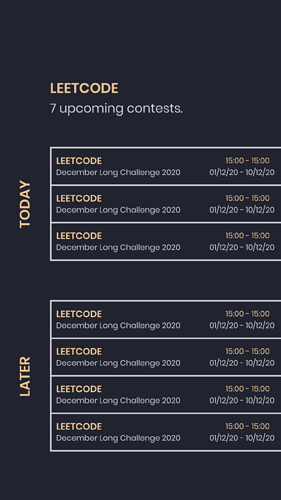 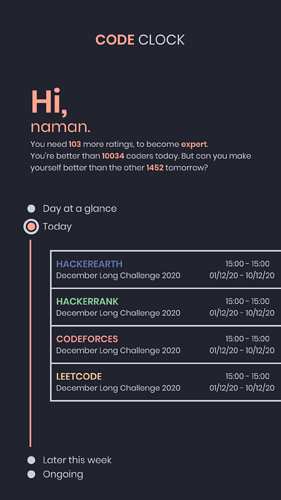 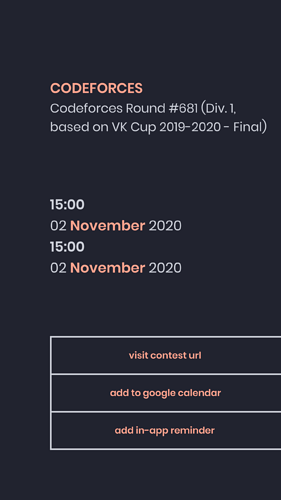 I’ve put a lot of time and effort into this. It would mean the world to me if you could check it out!

P.S — I’m not good with logos. If someone could help me out with a good logo design it’d be the sweetest thing ever.

[Edit] Few of the peeps were complaining that the app wasn’t loading up. Turns out the app had run out of free cloud firestore read limit which is 50K per day. Bought a paid plan to keep it running.

Great job dude!! The UI is too good.