A Good Problem - Approach and Doubts

Recently I had participated in a contest on Hackerearth and came across this problem : Numbers Game

Try to think a bit on how you would approach it before moving forward !

My Approach , Thoughts and Observations

Initially of course , my head was pretty muddled up because this was a short contest requiring you to find the solution really quick and I did not know how to simulate the players playing optimally

Then I started thinking of trivial cases , if K >= N , obviously in the first turn itself when Robert plays and has to select a number between 1 and K , he can select N and conclusively win there and then

The third thing that caught my attention was the low constraints on N and K , both were under 1001 indicating that an O(N^2) solution would pass.

Now a solution started forming in my mind :
Let’s look at the numbers from back to front i.e. from N to 1 , I took the example of N=10 and K=3 so we look at the sequence of numbers 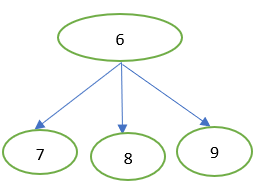 image.png777×44 730 Bytes
If some player chooses 5 will we lose/win ?
Let’s look at the choices the other player has 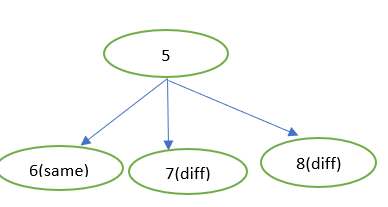 Similarly try by yourself to determine , if a player chooses 4 , does that same player win or different ?
and for 3 , 2 and 1

I just loop through this array from index 1 to K which is what Rob starts out with , if at least one SAME is present Rob wins else Ned wins i.e. if count of 0 in result array from indices 1 to K is greater than equal to 1 , then Rob WINS .
Why ? Because , if one of the value is same , then the guy who chooses that number , the same guy wins by our reasoning above !

And I got AC , I was so happy !!!
The question states to output 0 if Rob wins else 1 . The code above was the one I used in contest so it is not well documented and might be obfuscated . Let me know if I need to re-write a clean version will heavy comments if you don’t understand

My Detailed editorial on MSV

I’ve seen amazing coders like @ashishgup participate in this contest , it would be nice if they share their approaches

I’ve said it before that @viju123 and @ssjgz and now @tmwilliamlin are the best at this editorial business but I like to try my luck from time to time !

Let me know how it was .

Ya. I don’t remember the name, but there are certain power(?) States, which are normally sparse. In these states player 2 wins. As long as you can get your opponent to such a state, you can win over there, else you can’t. You essentially just simulated that reasoning. And your approach is completely correct.
A lot of turn based game theory can be solved by applying it. Even in harder questions, You can easily use it to generate the answers for small cases to allow easier observation.

I’d better start solving game theory problems soon !
In your opinion , is there a way to solve the problem faster or by a different approach ?

I think if can be done in O(1) but the constraints are low, so I’m not sure, give me some time.

That’s really cool xD
I thought of something with mod initially ;(
How did you come up with it tho? Could you explain the reasoning .
Compared to my logic, this is amazing.
The only times I can get solutions like these is by observing a lot of example cases.

Bro. Can you please help this alone? Please. Thanks

It was pretty simple

I un-necessarily complicated it