The match is scheduled for today, 26th September, starting at 7:00 PM sharp. On one side we have CodeChef 6-star coder, Yash Daga aka yash_daga, who will meet his match in red coder Anshu Garg aka anshugarg12

This match would be hosted by me (Utkarsh Gupta). We’re sure it is going to be exciting and enjoyable for all of you :} 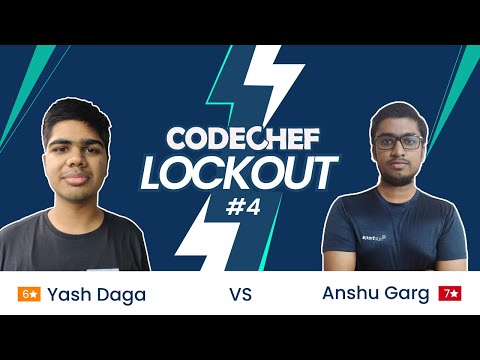 The rules are that of a standard lockout, which are