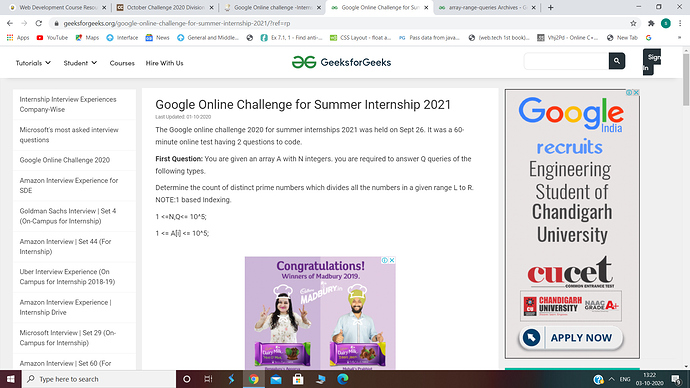 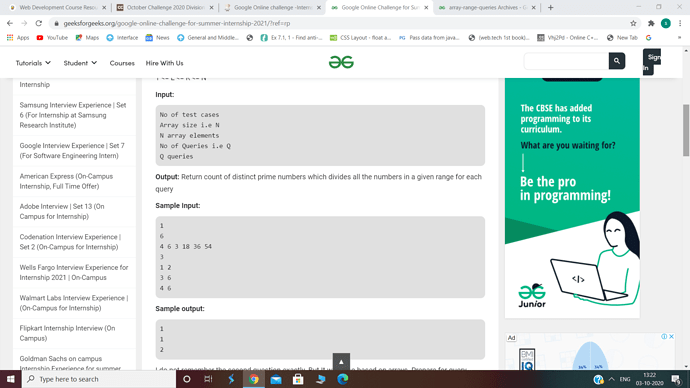 The answer for each query would be the number of prime factors of GCD( A[l], A[l+1]… A[R])
So you can split each query into 2 subtasks :

What I would have tried would be something like this:

Since, we will merge two vectors (the one consisting of prime factors) into one (the vectors of two children into the parent vector) in a segment tree, it will take at most 2 * (MaxSizeVector + MaxSizeVector) = 40 using set_intersection()

Now, for each query, query into the segment tree the same way, and you will have the answer.