The new Titanic Ship sets sails from London to New York in December. Since it is winter icebergs in the North Atlantic Ocean pose a great threat to the ship. Since it is a new era and with modern GPS it is easier to spot the location of icebergs very easily. The captain of the ship is given the Cartesian coordinates of all icebergs. They want to find the number of icebergs in around N nautical mile radius from his ship. You being his assistant he seeks out your help. Help the captain to figure out the number of icebergs around his ship. You are given the location of the ship and the N nautical miles he wants to find and the cartesian coordinate of every iceberg in the North Atlantic Ocean. 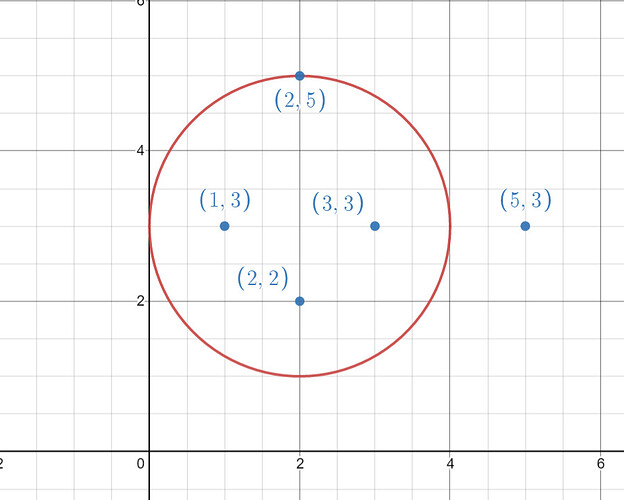 O(m) for each test case. m means a number of icebergs.