You have given N numbers of doors now you have to choose any one door at random. Now there is a magician who open all doors except two doors one which you have choose and another that may or may not contain car. Your task is tell the probability of choosing door 1 and door 2 such that the we find car behind that door.

This question is motivated from the famous Monty Hall Problem. Basically for generalize N we can find the probability of both door in terms of \frac{P}{Q}.

Suppose you’re on a game show, and you’re given the choice of three doors: Behind one door is a car, behind the others, goats. You pick door, say No. 1, and the host, who knows what’s behind the doors, opens another door, say No. 3, which has a goat. He then says to you, “Do you want to pick door No. 2?” Is it to your advantage to switch your choice?

So the answer to this question is "YES". Because using probability we can prove that choosing door 2 provides much better probability of a car behind that door.

Now, we discuss in term of N doors and later see one example to clarify how exactly door 2 is the better option always and having probability much greater then door 1.

See we are having N doors. Now every door have equal probability initially exactly one of the door contain car. So initially all door has a probability of \frac{1}{N} such that car behind that door. Now, you can choose any of door among N doors all have equal chance to have car. 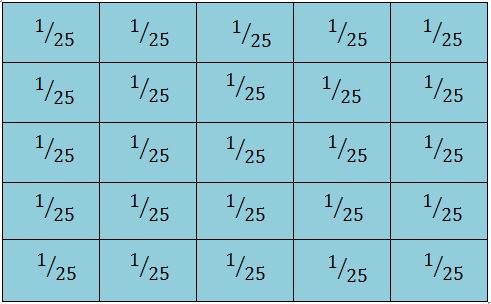 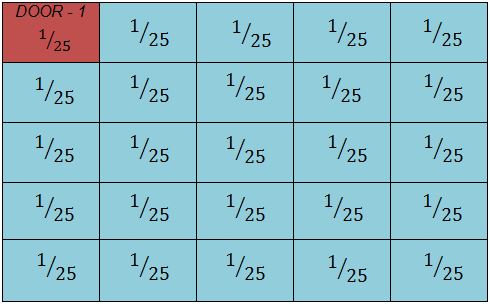 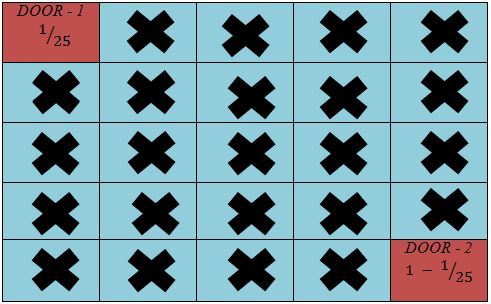 Share your views, approaches and observations. This is the famous paradox and I believe every mathematician enthusiast must study this concept.