I want to report cases of plagiarism. Someone took part in some contest 6 years ago from now, and solved zero problems in the contest. That someone attempted to solve only one problem(IOPC17D) out of all 7 problems. 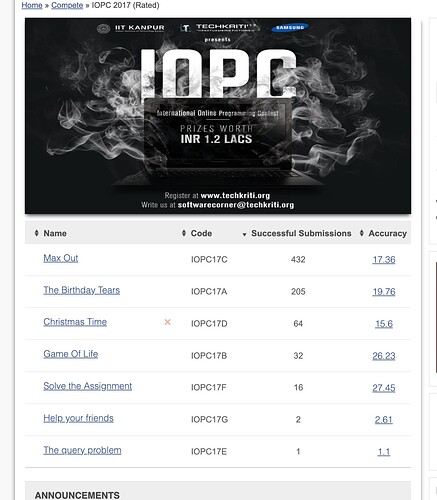 Now, there could be chances that the submitted solution would be copied from somewhere. but wait, that someone has tried to solve the problem 16 times. 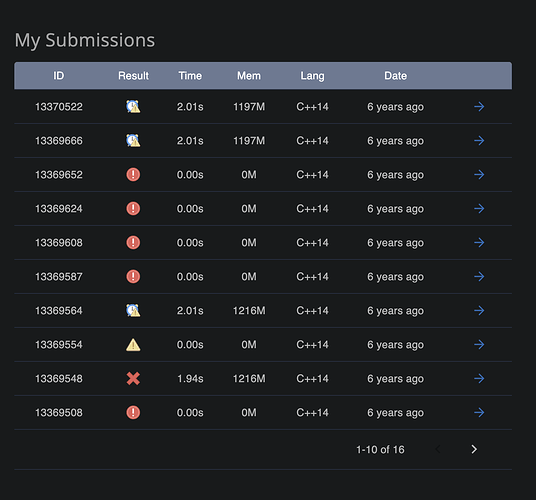 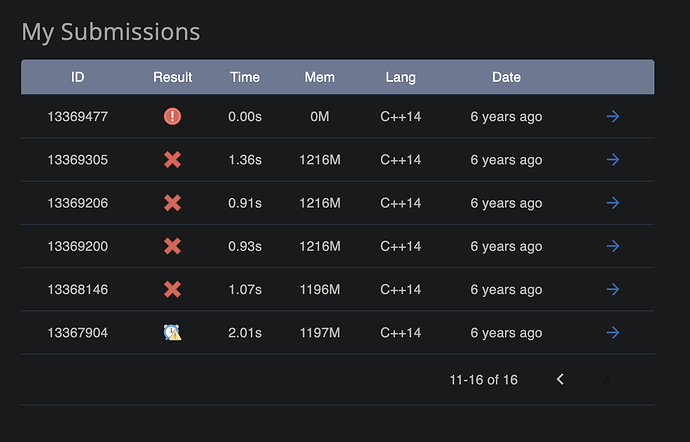 And then, someone was successfully plagiarised for reducing ( -275 ) rating.

I haven’t been following my codechef profile from long time. But recently I joined back and found many changes. Kudos to codechef team for all the improvements. But please don’t penalise someone who hasn’t done something wrong in that contest.

@admin , Please have look at this for once. If my plagiarism case is valid, I am okay with it… but I wanna know, what exactly I have been plagiarised for !!!

Looking at the submissions, you did have AC on two other problems in this contest:
IOPC17C
IOPC17A

Presumably these submissions were deleted after you were marked for plagiarism, which is why they don’t show up on your dashboard.

@iceknight1093 , thanks for the response. As of now I don’t remember a thing now. for what am I plagiarised for. Now it makes sense to plagiarise me if I solved 2 problems and got plagiarised on 3rd problem.

Thanks for the headsup… was really helpful to clear my doubts.

After seeing my own code, I felt May be its scanint() method which I copied from some online platform.