Technique to get the test cases where the program is going wrong, during the contest

It’s quite frustrating when our code shows wrong answer on verdict where it seems to us completely correct and then we make some test cases but still the story remains same,
now in a order to tackle this situation you have to make a program which generates test cases
here is the link to a youtube vedio which explains this technique
https://www.youtube.com/watch?v=-AcDqd_iT3k&list=PLMCXHnjXnTnsWU7jYp9XCKPW8ayl6D8fb&index=4&t=0s

vedio explain test cases generation in java but the technique can be applied to any language like i applied it in python
i made two functions where the 1st function contains the optimised code and 2nd is the bruteforce and then the code generate some random integers and they are passed to both of the functions and if the output differs then we stop and print the test case where the output is different
i applied this technique to “guddu and his mother” problem from august challenge where i was getting wrong answer and after checking it on randomly generated test cases i was able to get the test case where my optimised program was failing
here is the image which shows my implementation, just in sake of showing important part i have hidden the code of both of the function they are just returning the values after executing the test case

Nice, I usually have a BASH script to test a code against a bruteforce or correct one. I usually use mt19937 for generating random testcases and a testlib.h-based code to check if the solution is correct (This Mike Mirzayanov’s library is very useful

). And as you said, run it like 10^4 times to check if the code is very probable to get AC. It also works when we want to hack someone’s solution.

It’s better to have a template beforehand, mine is like this:

It’s really useful to test solutions during a contest, it helps to feel more confident about our solutions

Nice thanks for this information🙏

It would be nice if you explain in some more detail how to do so along with some snippets.

Well, as I stated before, one must have these files:

Now, let’s see the contents of the BASH script: 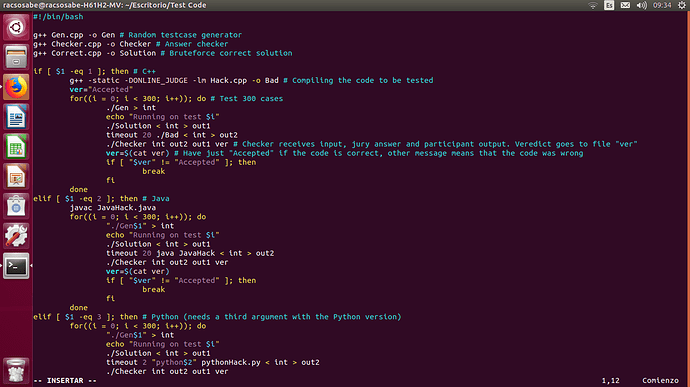 Now, let’s check out the Generator: 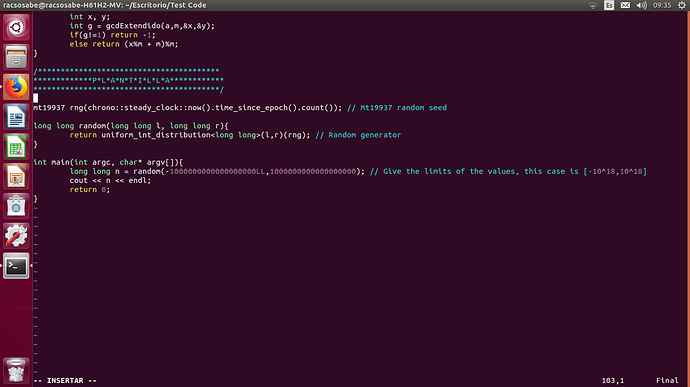 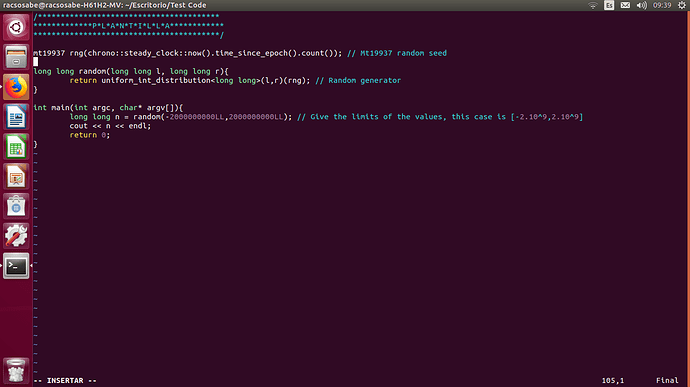 It uses mt19937 seed for the generation of random integers (it works with doubles, too, check documentation

Now, suppose the answer is 2n, then the correct code must have long long variable n for both tests in order to get AC.

Thus, we have our Correct.cpp code: 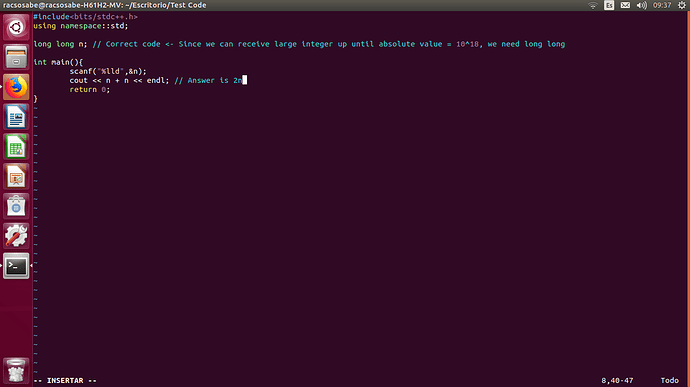 Let’s suppose that our Hack.cpp code is incorrect, because it uses an int variable: 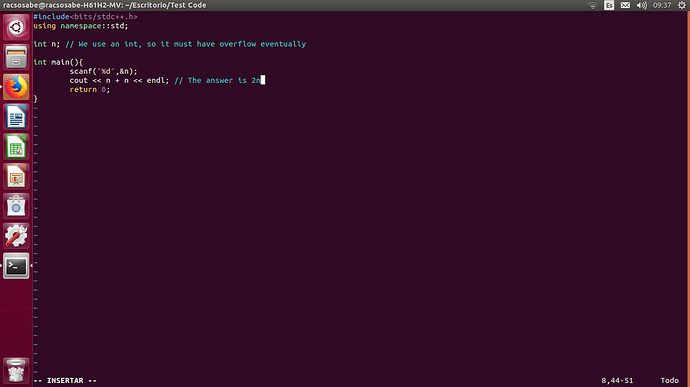 Then, our checker must be able to recognize this error, so it must receive both answers as long long (since it’s the strongest of the two variable types used and also the minimal variable type in which the answer can fit) and compare them directly: 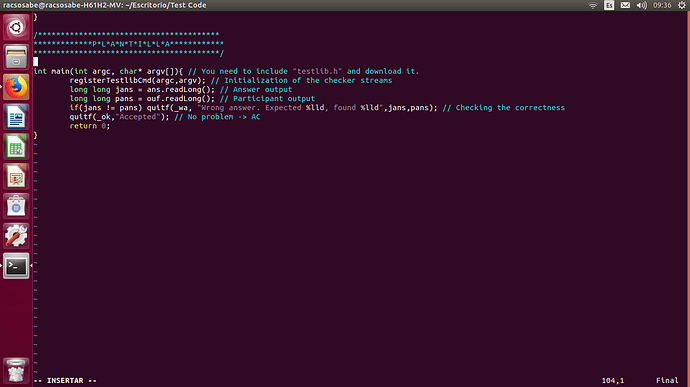 You can read more about checkers in: Checkers with testlib.h 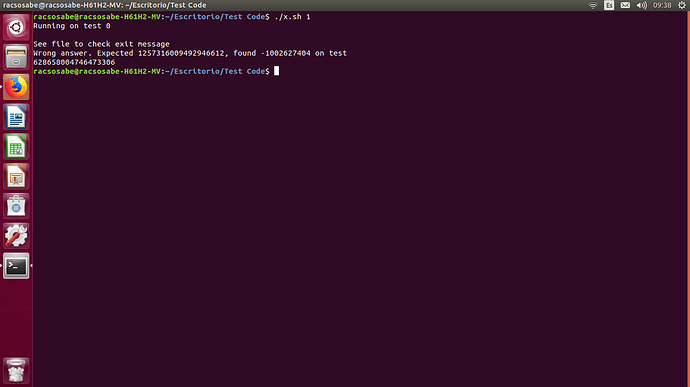 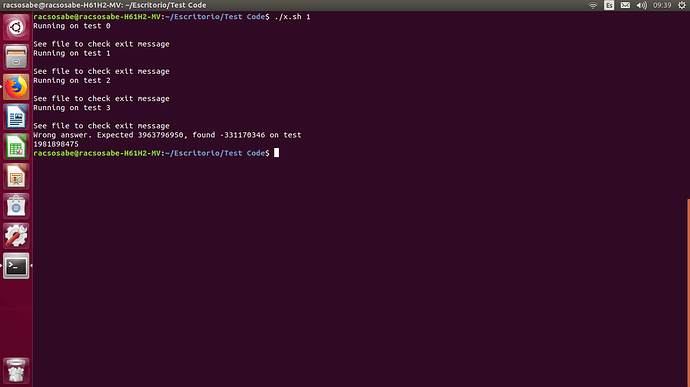 It’s easy to notice that Testing 1 must have a soon WA veredict since the probability of getting an overflow value is huge. Compared to that, Testing 2 delays a little because the same probability is not that big for that case.

I hope this helped you

@racsosabe Any reason why you’ve used timeout 20 in the file x.sh? Won’t it be faster if this command is omitted? Or will it cause any errors in the program?

I’d like to add the use of assert statements to get an idea about the inputs, or how big “T”(no. of test cases) is. It has helped me twice in this long.

Why is that video unlisted though?