TL;DR - People copied my code from Ideone which i didn’t know would make it public by default, what should I do now?

I use ideone during the contest online to run my code, little did I know that all my code was going public, today I received an email from codechef that my solution is similar to another person’s code.

We found few of your codes in August Lunchtime 2019 Division 2 to be similar with one another user’s submissions. We have disqualified all your submissions. Your rating will be dropped by 275 points as penalty. Here are the solutions we found to be similar:

You can go and check that all these profiles have no connection with me, and I submitted the code first. I have received two mail says my rating will be reduced by 275 points in each mail (550 points in total ), I have really worked hard to reach this 1600+ rating status.

They have already stated many times that they will not do anything to help, also they do not care who is the original author of the code.
The thing you can do is to eat up the rating loss, stop using ideone and work your way back up to 1600

what should I do now?

Helplessly wait for your ratings to fall as it is completely your own fault. Also posting the mail here won’t help at all.

I usually wouldn’t do this, but I seriously feel this IDEONE excuse is quite old to be plausible.
What data would you get if you viewed all the submissions? Let me summarize it here: 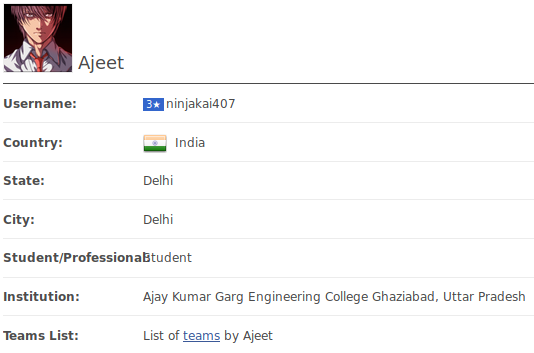 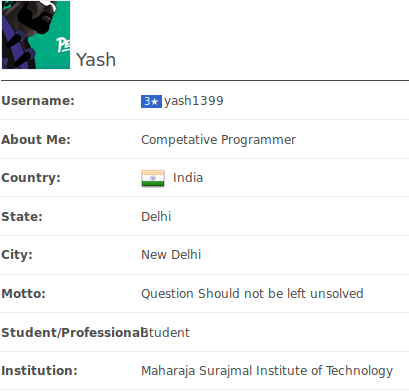 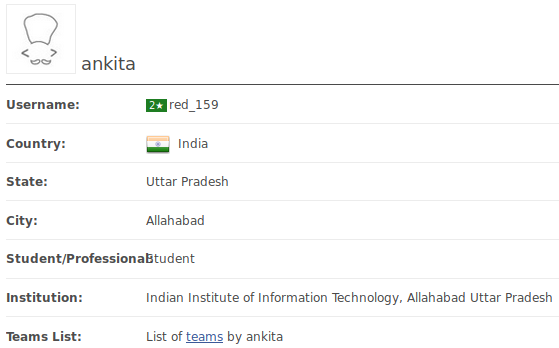 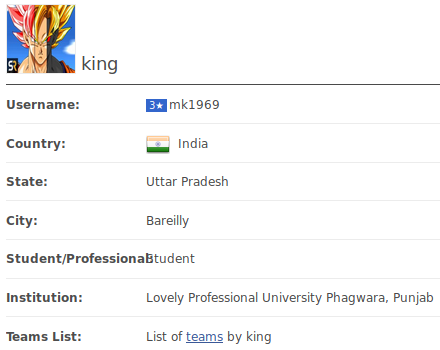 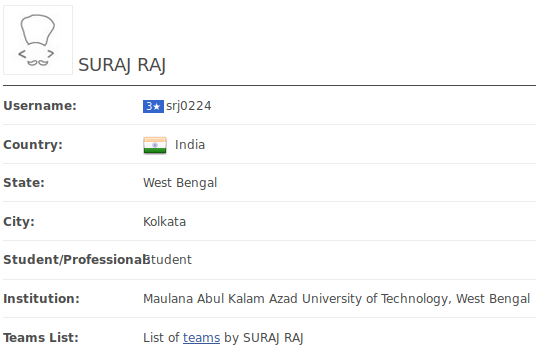 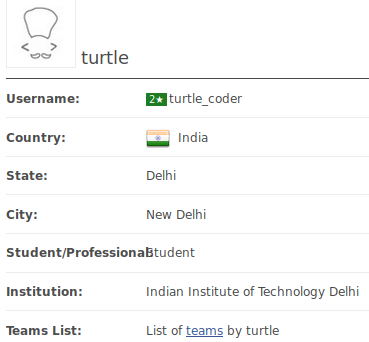 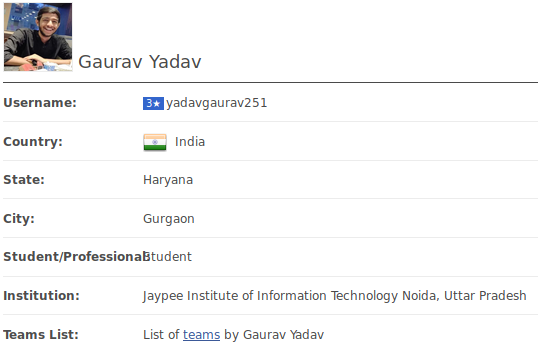 Some facts laid down here:

Let me connect the above points and put it in a paragraph.
All the plagiarists are Indians residing in the North of India and are college students. With increasing job crisis and peer pressure, all want to get good placements in some MNC (maybe?) and hope that they are placed near their home towns. Now for this reason, they are preparing for algo and related questions that might be asked in the interview (since its an engineering field they are applying through). They need company to go about in such stuff, so they made a Whatsapp/messenger/telegram group to help each other crack cp related interview questions. But like all other “help” groups, people resort to cheating. Peer pressure in this group made the OP post his AC code on this group. Sadly, he didn’t tell them not to copy the solutions. This lead to everyone posting the very same code that he submitted! Thus entire scandal has been justified.

If you are wondering how I became Sherlock suddenly, notice my rating graph. Even I was plagiarized (sadly

) for having 2 accounts and using 1 account for maintaining a clean, only AC’s record. I was 13 at that time, and ignorant of the rules and regulations. I learnt the hard way, and I know the very slim probability of finding an AC solution on IDEONE (1:10^5 maybe?). So please, never give the IDEONE excuse ever, ever again!

Edit: I have no intentions of calling North Indians plagiarists. Plagiarism is a global issue for which MOSS was originally made!

That seems like a really plausible theory, Even I would have been like this Guy is guilty but here’s something from my end -

Even I am still not sure if its Ideone but that’s the only possible explanation i can come up with because irrespective of your opinion that i shared the code ,I didn’t. I was naive and have learnt it the hard way that i need to ensure my code is safe and private

4)And the only reason i posted this was because previous post similar to this , people suggested and even asked the person to just leave the codechef , which is something i really dont want to do .

And I recieved two mails in the morning ,so check this out too

We found few of your codes in August Cook-Off 2019 Division 2 to be similar with one another user’s submissions. We have disqualified all your submissions. Your rating will be dropped by 275 points as penalty. Here are the solutions we found to be similar:

This is what really worries me , So as much as much I wanted people’s guidance on what to do now ,your answer is just making me crying , I understand that I am at fault but trust me I am the victim here too.I didn’t knew people had the time to pick other’s code from ideone.

Look at these cheaters, they have not even removed the comments

you can still use ideone while keeping the files in private . i dont know how can u forgot this as these kinda act happens all the time .

Yes…or use jdoodle , or repl c++ online ide…
For offline I would recommend codeblocks , dev cpp , or Colon ( a cross language ide)

It is included in the instructions, “mark your code private if you use Ideone”, so it wasn’t like you weren’t warned. Should’ve read the instructions carefully.
Feel sorry for you bro.

Your reply is not very plausible, but okay…
There’s nothing much that can be done now. You will have to bite the bullet here, and learn from this experience. Don’t leave Codechef if you want to continue to grow in cp. This is from my experience. Learn to become honest and enjoy cc contests for what they are and not for the prizes!

Ok…I hope you are not saying :- All North Indians are plagiarists. Because that would be racist…

Lol, No. This point was stated because of this theory

all want to get good placements in some MNC (maybe?) and hope that they are placed near their home towns.

In fact, plagiarism is a global issue and not restricted to Indians or other ethnic groups!

Yes, but plagiarists are everywhere in India and not just in North India. You should make an edit and write:- I am not targeting North Indians specifically.

Its ok…happens you’ll regain your rating very fast, it only takes 3-4 months

I suggest you to use Codechef IDE from next time. https://www.codechef.com/ide

Sure you can hide it, but maybe your cache just got cleared for other purposes or you are on a different PC then you can forget to make it private again. To avoid these stupid posts “omg i used ideone halp” I’ll just say “stop using ideone, download a compiler”

It doesn’t seem from @infinitepro 's reply that he is specially targeting North Indians in any way, so please don’t make it an unnecessary issue.

To the OP,
CodeChef has warned it’s users several times to make sure that their IDEone codes are private hence I am sure that they won’t be able to help you out.
My advice is that stop using IDEone and online IDEs in general. They are definitely slower than offline ones and this time difference is significant in contests. Also using an online IDE prevents loss of code during netlag etc

He has changed his comment that is why you are not finding any issue, his earlier comment did have few issues so I suggested him to edit, it would be better if you do your homework first @satyankar_2005