I am fairly new to code forces, can someone explain what does this pretests mean. 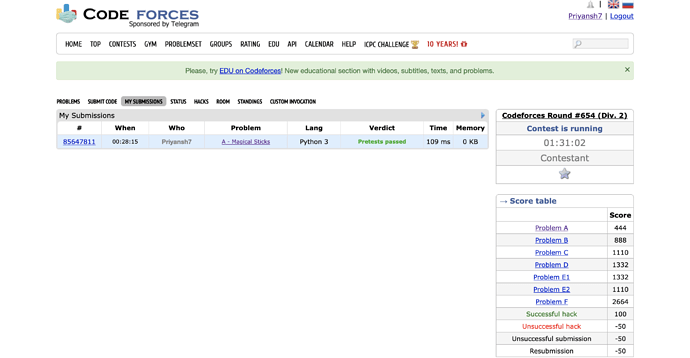 Further more can someone also explain me hack time after the competition in the same platform?
Thanks a lot in advance ^^

During the contest our solutions are tested upon limited number of testcases so that the system won’t crash these tests are known as pretests. Before main tests are done there might be a hacking phase in which people can test others solution with some corner testcases which they think might be not included in the pretests and the code fails at that test case. These tests are called as hacks for some of the contests you get points for a successful hack and penality for unsuccessful hacks