The problem can be solved using graph theory. This approach is explained below.

Each of the given words can be considered as a node. Also, one bidirectional edge is present between two neighboring words. The edge is bidirectional because of the following reasons:

The problem requires to find the longest sequence of words without repetitions where each pair of consecutive words in the sequence are neighbors. Once the graph is built, the problem reduces down to finding and printing the longest path in the graph. The graphs for the sets of words are given below 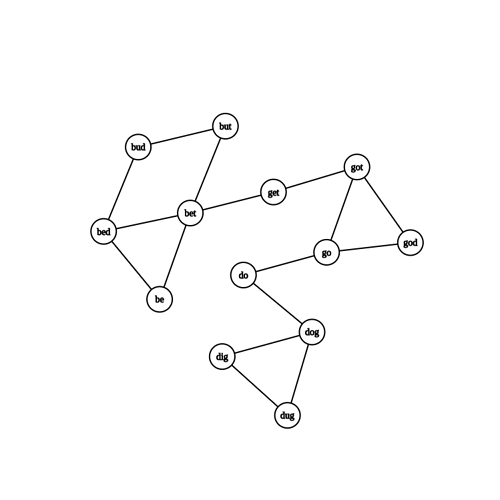 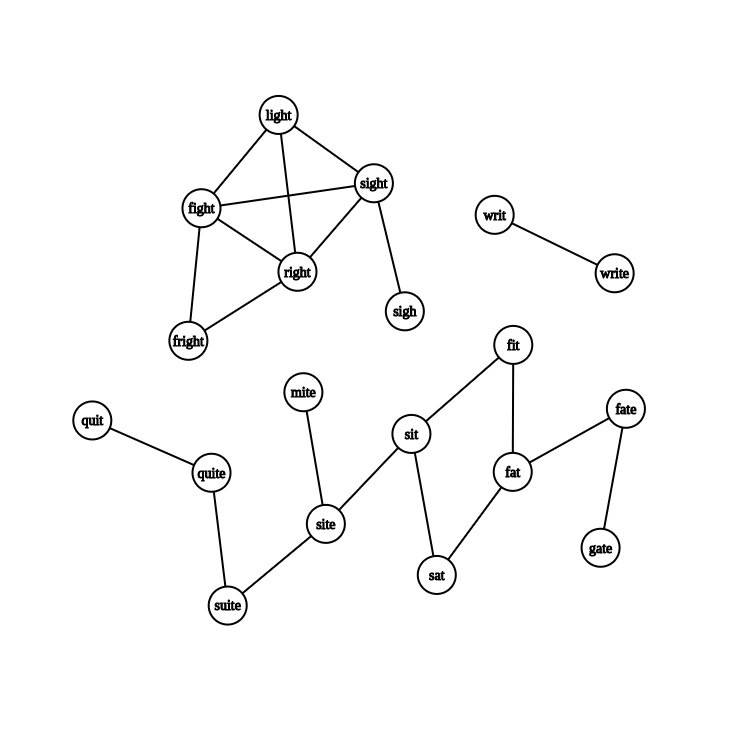 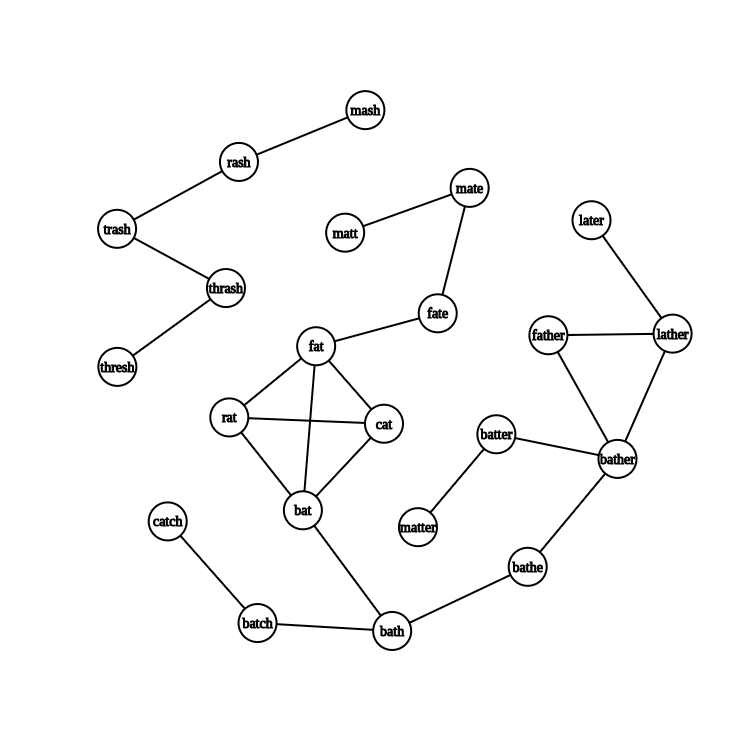 Hence, one of the longest paths in the built graph is observed to be