Africa has been hit by an earthquake. There are total N cities in Africa out of which K have been affected by this earthquake. The cities are numbered from 1 to N.

United Nations has decided to establish a relief base in one of these (N - K) non-affected cities. Although the UN has lots of relief packets, but it has a single carrier truck to distribute these packets. The truck starts at the base in the morning and goes to all the K cities one by one. It finally returns to the base again in the evening after distributing relief packets to all the K cities.

Note that the truck may have to visit some non-affected cities also while going from one affected city to some other affected city. There are M bi-directional roads between the cities. 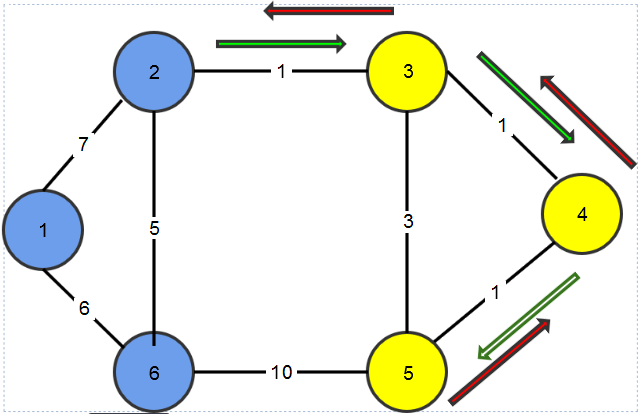 It is guaranteed that all the cities are reachable via some combination of roads. You can also assume that the truck has infinite petrol and it needs not to refill during its trip.

Please help UN to find the best city to establish the relief base so that it minimizes the total distance travelled by the truck in a day.

Next K lines contains an integer in each line in the range 1 \cdots N identifying an affected city.

The minimum distance the truck needs to travel in a day if the base is set in an optimal location.

The diagram above corresponds to the sample input. 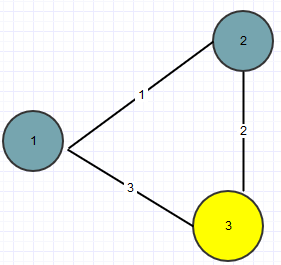 I am not able to figure out how to approach this problem. I thought of using floyd Warshall but it would not give the correct result as the reasons are obvious it gives min distance between the pairs.

Now how should I solve this. Please help

Please help or please tag or suggest who might help.

? XD
Don’t help. It’s from Samsung ongoing.
How can they use old que in contest though

someone help me with the solution

Its from an ongoing contest. Sorry!

can anyone tell me the approach for this question

Hi man,It would be really helpful for me if you can please explain the approach.
Thanks in advance